Stegmaier: the Brewery and the Family

Episode 1 of Diamond City Trail of History with Tony Brooks:  Discover the history of what was once the third largest brewery in the state of Pennsylvania and how the beer helped build St. Nicholas Roman Catholic Church, the best example of Victorian Gothic architecture in Wilkes-Barre. View the stunning architecture of the Stegmaier Mansions in Downtown Wilkes-Barre before visiting the historic Hollenback Cemetery 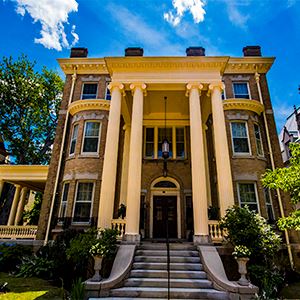 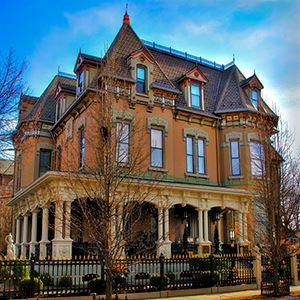 14 Veterans Who Shaped Our Nation

Episode 2 of Diamond City Trail of History with Tony Brooks: Go inside the gates of the Hollenback Cemetery in Wilkes-Barre to the final resting place of Revolutionary War veterans. Uncover the stories of these men who fought for this country’s independence, discovered and settled new territory and were a huge part of the early success of the United States.

The Oldest House in Wilkes-Barre

Wilkes-Barre, Pennsylvania was foundational in the forming of our great nation and its history is full of people who made the United States what it is today.
In this episode, we explore the OLDEST house in Wilkes-Barre City: and talk about how the family who owned the Zebulon Butler House has influenced the history of our city and the entire nation.

Take a glimpse at a village frozen in time. Founded in 1854, Eckley is a planned 19th century coal mining town.  Known as “patch towns,” mining companies often built industrial communities to house their employees near the collieries, or mining operations, for which they worked. These communities provided mining families with the basic necessities such as housing and medical care, as well as basic amenities like a store, a school and churches. While the company greatly influenced the lives of its village residents, many families, new to America, worked to keep the culture of their native country alive in their new home while facing their own challenges.